Highly acclaimed and well-loved stage and theatre actress Imelda Staunton has been recognised by her secondary school La Sainte Union Catholic School today with the official opening of the Imelda Staunton Drama Studio. 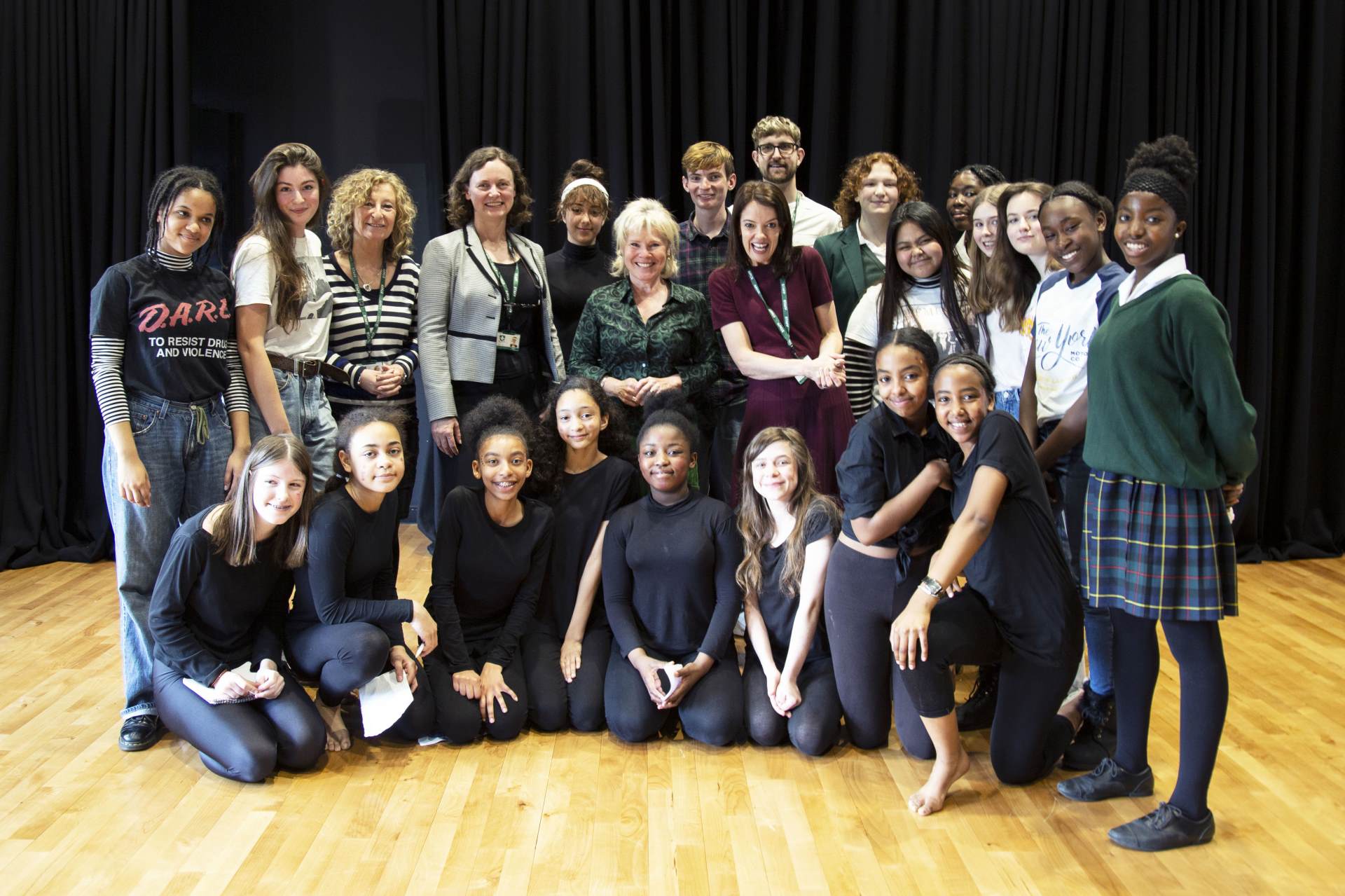 Having won a host of awards, including four Oliviers since her debut in 1982, Staunton has gone on to become one of the most recognisable faces on both the stage and screen. Prior to developing her talent at the Royal Academy of Dramatic Art (RADA) from the age of 18, Staunton’s passion for drama really began while studying at La Sainte Union during the after school drama club and with the help of an elocution teacher at the school.

La Sainte Union’s newly named Imelda Staunton Drama studio gives pupils access to a purpose-built space with integrated lighting and sound equipment, allowing them to learn and perform as they would in a Broadway theatre. As Ms Sarah O’Keefe, Head of Drama, at the School notes “Working in such a fantastic fully equipped studio will inspire some wonderful work from the pupils, allowing them to reach their full potential as actors, designers, creators and collaborators”.

La Sainte Union has an outstanding record of GCSE and A Level results – the School’s Progress 8 score of 0.65 puts them in the top 8 per cent of state-funded mainstream schools. The school’s strong commitment to all disciplines, particularly the arts and humanities, is critical for success as it allows pupils to have a balanced and well-rounded education.

It also gives young women a pathway to traditionally male-dominated careers, something that Headteacher Mrs Sophie Fegan is passionate about. “Events like today’s opening of the Imelda Staunton Drama Studio are so important to be able to share with our current pupils. The girls get to meet one of our famous ex-pupils – a real screen and stage superstar – and I hope in doing so are inspired to aim just as high for themselves.”